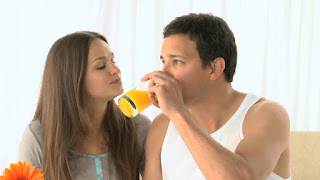 I’ve been born in New York and have been living there all my life… Well, at least up until yesterday. Yesterday, I moved to Tucson. “Why”, you may ask? Well, maybe because I dialed the wrong number, got the free Tucson chat line (instead of the New York one) and started chatting. To make things worst, I only realized that I’ve been dialing the wrong number yesterday! But, let’s start from the beginning.

As I said, I’m a born and raised New Yorker and have been living there up until yesterday morning. I moved to Tucson because one night, after getting my divorce papers finalized, I got drunk and thought it would be fun to dial a NY chatline. And it was. I met a great man and we hit it off… Yesterday, we were supposed to meet for the first time. Both of us were late and both of us were on time. How?

Well, as it turns out, he’s not a New Yorker and I’ve been dialing the Tucson Party line numbers instead of NY ones all the time. Bummer huh? We’ll not exactly! I’m moving to Tucson and we’re getting married! And that’s all from me folks... Believe in miracles and stay good! Over and out.

Posted by Dating Connections at 4:13 PM